Our Leadership team offer strategic guidance and support to our multi-dsicplinary team of individuals that work alongside them. They come from a variety of backgrounds and experience and blend together into a fantastic team and without them we would not deliver such great reuslts.

Some of our key staff roles include a Professor as our  Head of Ethics & Inclusion, and degree eductaed Head of Communications and Head of Research all of whom work collaboratively with each other and our partners. They are self motivted and are our most valuable asset. 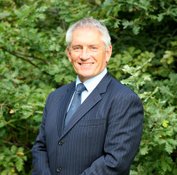 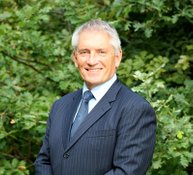 In his 32-year Police career, Meredydd Hughes served in four of the largest UK Forces and on secondment to the Home Office. He has extensive and comprehensive experience in both territorial and specialist uniformed operational policing with an emphasis on the leadership of large-scale public and sporting events, critical incidents, public order, roads policing and firearms operations.

A Chief Police Officer since 1999 in Greater Manchester, he commanded the successful planning and delivery of the Commonwealth Games. He was promoted to  Chief Constable on 1 September 2004. Under his leadership, the Force became rated by the HMIC as one of the four most improved forces in the Country. He led the response to the South Yorkshire flooding of 2006, and oversaw a number of successful major events and incidents, retaining his status as a Gold Public Order and Firearms Commander.

Nationally his responsibilities included the oversight of all Police firearms issues, public order, roads policing, specialist operations and emergency planning. He delivered a key strand of Police planning for the 2012 Olympic Games, and also the changes to the service following Stockwell and the “G20” Disorder in London.

In 2005, he led the ACPO team co-ordinating the England and Wales resources for the G8 Summit at Gleneagles; and played a leading role in the national response to the 7th July bombings in London. Last year he coordinated the policing of the Papal visit.

Having completed a 25-year career as an operational police officer with extensive expertise in counter-terrorism. Working in 22 countries and supporting missions of the United Nations Terrorism Prevention Branch, he is a professionally qualified teacher and has designed international multi-agency security exercise programmes, delivering training to Senior Police Commanders from across the world. As a Senior Research Fellow and Visiting Lecturer, he has held academic positions at leading security research institutes. He is the author, co-author, editor and co-editor of 12 security-related books covering counter-terrorism, border security, cybercrime and human trafficking.  Working at a European level as a professionally qualified project manager he is highly experienced in delivering new security projects. He is also an accredited EU proposal evaluator and sits by invitation on numerous Advisory Boards for leading security research and innovation projects. 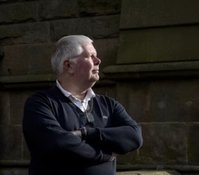 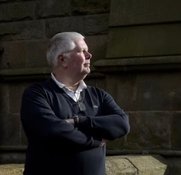 In his 30 years policing career he and took a leading role in police and security innovation and strategic engagement with Europe. He was a founding director of the UK regional Fraud Forum which aimed to tackle fraud and ID theft by way of education, awareness and improved investigations and was the Police Project Director of the establishment of a Business Crime Reduction Centre which protects SMEs from e-crime and other forms of crime. Working at a European level he became highly experienced in delivering and developing new DG Home, FP7 and H2020 security proposals. He is also an accredited EU proposal evaluator and project reviewer on behalf of REA at the European Commission. Aside from his project based work on numerous EU projects including ODYSSEY (Organised Crime), DISASTER (Crisis Management) , NEXES (Crisis Management) , COMPOSITE (Policing) , DARIUS ( UAV Search and Rescue) , ATHENA ( Social Media) , TRANSRAD (Terrorism / Prevent Radicalisation) and others he was also the chairman and UK representative on Europol’s Expert group on property crime. He sits as a board member of CENTRIC at Sheffield Hallam University and has also led the independent evaluation of projects for DG Home focusing on the prevention of radicalisation – Projects ISDEP and SAMRT CV. 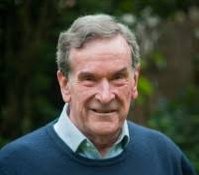 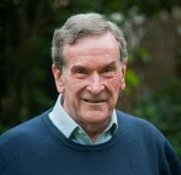 Andrew is an experienced CEO, Chairman and Chartered Engineer and has held senior level technology and business development roles within British Telecom, ECI Telecom and Alcatel Lucent and with Consultancy companies. He is a Chartered Engineer with a proven track record in business development and operational management in the UK, Europe and Far East.

International experience includes building business development, operational and support teams across Europe, Middle East and Asia including the set-up of a company office in Singapore and developing telecommunications businesses across the Asia Pacific rim.

He leads on market analysis, IP, Commercialisation aspects of the company’s activities, sales and inward investment.